When it comes to celebrities, it’s expected that they will always be on point. After all, that’s what their entourage is for, right? To make sure that they always look and act perfect. However, every once in a while even the best celebrities can slip up and create some awesome fails. 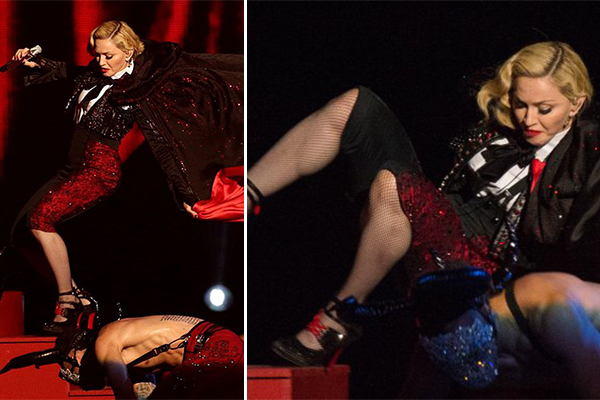 Okay this was the fail that spawned a thousand memes or more. At the 2015 BRIT Awards, Madonna’s epic cape was supposed to be torn away by a backup dancer as she walked up the stage. Instead the cape was tied too tightly and Madonna ended up being pulled down the steps with her cape. So even though the cape was epic, it is perhaps time to follow the superhero mantra of “no capes.”