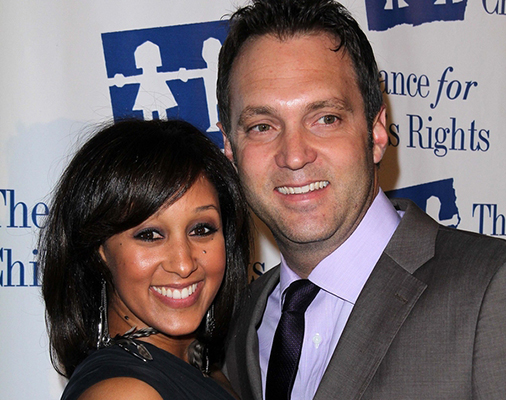 After dating for six years, Adam and Tamera finally got married. Housley and Mowry have definitely felt the repercussions of their marriage, which is largely focused on them being an interracial couple and because of his career with Fox News. Housley strongly defended his wife and family and retorted back with this statement, “The fact that in this day and age, we get attacked for our interracial relationship is beyond sad… it is pathetic. Yes, I am white. Yes, she is half black. Marrying a white man does not erase her color and marrying a woman who is half black does not mean I am blinded. The problem isn’t pigmentation… the problem is backwards, bigoted thought from people who should know better.” The couple has a beautiful son named Aden, and recently announced another child on the way.