When it comes to celebrities, it’s usually expected that they will date someone that is just as attractive and successful as they are. But even in Hollywood that is not always the case — sometimes a girl just wants a guy who makes her laugh. Some of these celeb couples didn’t last, and it’s easy to see why, but others seem to be going the distance. 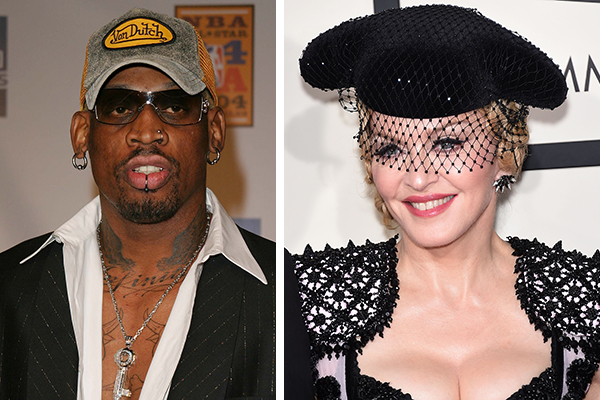 This relationship was so strange that not even Dennis Rodman himself understood it. He wrote in his autobiography that he had no idea what Madonna wanted with him. Some people claim to know what she wanted, and it was Dennis Rodman’s baby. The story goes that when they first met, Madonna locked them both her hotel room and refused to let him out. That is one seriously strange first date, hard to believe the relationship did not work out.