You Won’t Recognize These 19 Celebs After Their Weight Loss

It may seem like it’s easy for celebrities to lose weight. All they have to do is hire trainers and nutritionists. But it is still a hard journey for anyone. For these celebs the work paid off and they look so much better that there is little doubt we’ll see much more of them now. 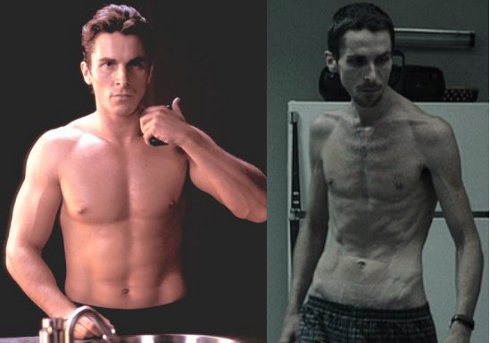 Christian Bale, known for his role as Batman and Patrick Bateman in American Psycho, seems to have a handle on physical transformations. He has gone through roles that require him to look sickly (The Fighter), meaty and overweight (American Hustle), and physically fit (The Dark Knight).

Bale lost 63 pounds for his role in “The Machinist” said to be a record for any actor for a movie role. For this very dramatic (and not healthy) type of weight loss, Bale reportedly hardly ate and over exercised to trim himself to only 122 pounds (he’s 6 feet tall!).