Celebrity gossip is always a popular topic in whatever setting you may be in, and nothing more so than their relationships. While most celebrities are known for marrying other celebrities there are a number of them who marry ordinary people. Many people find this a very interesting topic because they are so used to the rich and famous marrying amongst themselves it is very intriguing to see them marry a normal person. Since that is the case I decided to list here fifteen celebrities who have married regular people. 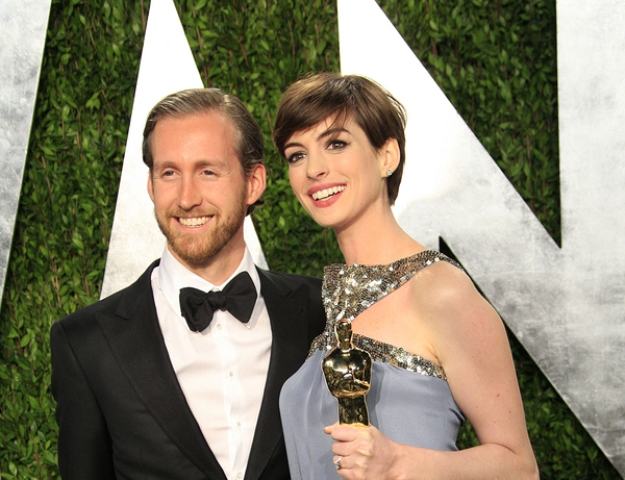 First she made it big as the star of Ella Enchanted and more recently as Selena Kyle/Catwoman in The Dark Knight Rises. She married Adam Shulman who was at one time a small time actor turned jeweler. She said she met him through some mutual friends and they hit it off from there eventually marrying in 2012.