We all know that race shouldn’t matter. But it can still make some people do a double take to see a white parent with a black child. Luckily, there are plenty of celebrities crushing stereotypes and creating beautiful mixed families. 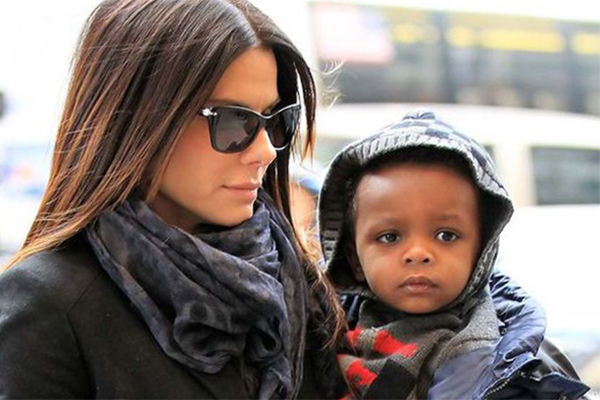 It seems that her role in The Blind Side was inspirational for the actress. She adopted a child of her own. She adopted her African American son Louis from Louisiana with the hopes of raising him with Jesse James. However, she became a single mother when she found out that James was cheating on her and the relationship ended. It’s clear that she has no regrets about adopting her son, and the pair have a unique bond.